There are many reasons that people resist being mindful. When you practice mindfulness, it calls you to stop allowing the past or the future to be your constant focus. A lot of people are stuck in rut thinking.

They don’t realize that mindfulness can help them find that acceptance and peace in the present that they’re trying to find. People resist being mindful about the present because of fear about what they don’t know.

They’re afraid of losing control. When you’re faced with changes, not knowing what those changes are and how they’ll affect your life can foster resistance. The problem is that change has somehow become associated with negative rather than being something that can open up new possibilities.

When someone doesn’t fully understand what mindfulness is, that can cause them not to want to have anything to do with being mindful about the present. They resist the change because they don’t know what it’s all about.

They don’t trust that being mindful about the present is going to help them in any way. There’s comfort in the familiar even if the familiar doesn’t make them happy. So they stay where they are, rather than step out and reach for what could change their lives for the good.

Whenever you have fear of the unknown and comfort in the familiar, you have a recipe for resistance to any kind of change, not just mindfulness. The period in someone’s life can also cause them to resist being mindful about the present.

They won’t want to rock the boat and make changes because they’re afraid that things will only get worse. Sometimes, people resist being mindful about the present because they absolutely hate anything that pulls them out of their normal.

Because they don’t have a good grasp of mindfulness, they can’t understand the positives associated with it. When a person has a mindset that’s always looking backward at how good things “used to be” they can resist mindful living in the present.

If they have a mindset of how good things are going to be “in the future,” then they can resist the present. These people have created fences in their lives mentally and emotionally and they don’t want to stray beyond those fences.

There are some people who base their self esteem and love themselves based on where they used to be or where they’re going. They wrongly believe that to have to be mindful about the present, they’ll have to lose themselves. They don’t realize all that they stand to gain. 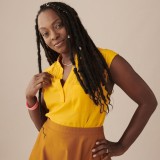 Mindful Goal Setting to Let Your Present Guide Your Future

If You’re a Worrier, Mindfulness Can Help

The Adventurous Life: Living Life To The Fullest

Mindful Self Compassion Helps You Live a Better Life

Trusting Your Intuition By Being Mindful About Circumstances

6 Key Steps To Live Life To The Fullest